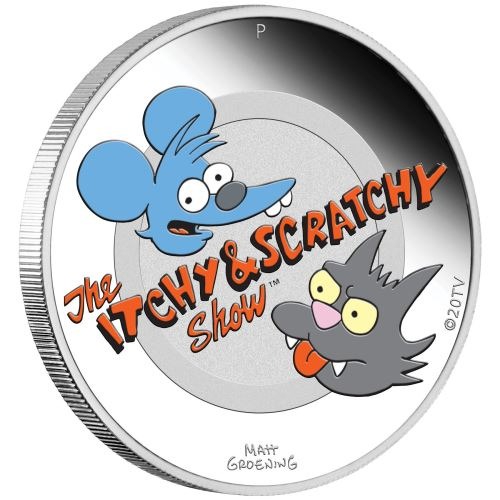 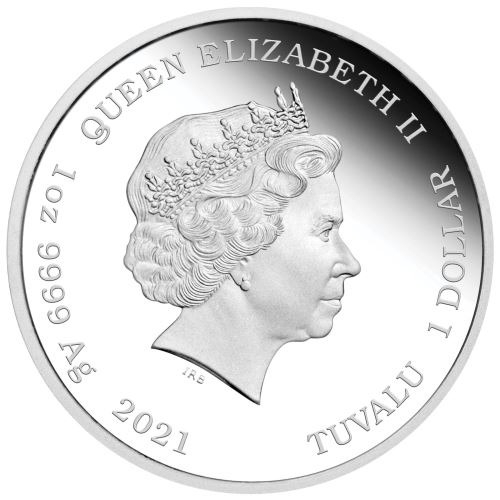 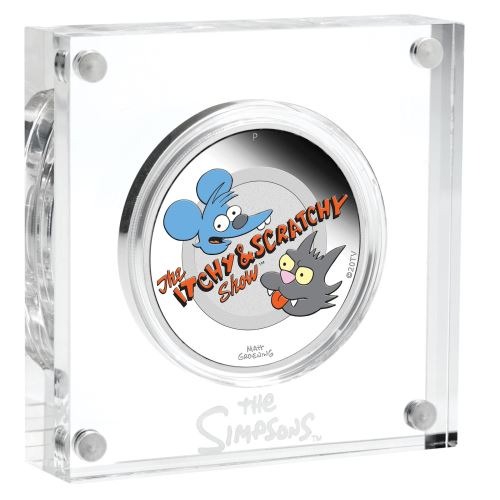 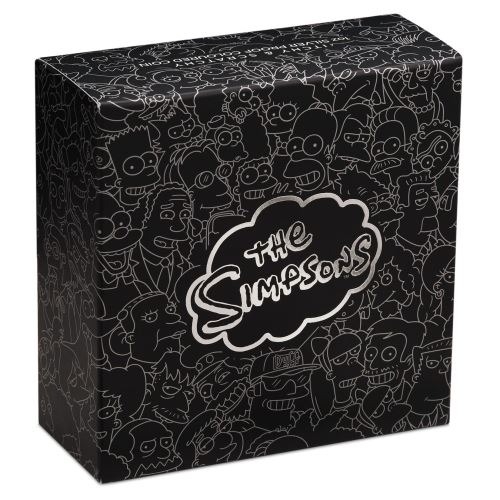 The Simpsons first aired as a half-hour television series in 1989. Now in its 30th season, it is the longest-running primetime scripted show in television history. A worldwide pop-culture phenomenon seen across 60 countries in 20 languages, the show was honoured with a Star on The Hollywood Walk of Fame in 2000. It has won 33 Emmy Awards, 34 Annie Awards, a 2017 People’s Choice Award and was the first animated series to win a Peabody Award.
The coin portrays the coloured logo from The Itchy & Scratchy Show, an animated cartoon ‘show within a show’ watched by Bart and Lisa Simpson. The design includes Matt Groening’s signature and The Perth Mint’s ‘P’ mintmark.Accompanied by a numbered Certificate of Authenticity, the coin is presented in a clear acrylic case, allowing both sides to be displayed, and a branded shipper.