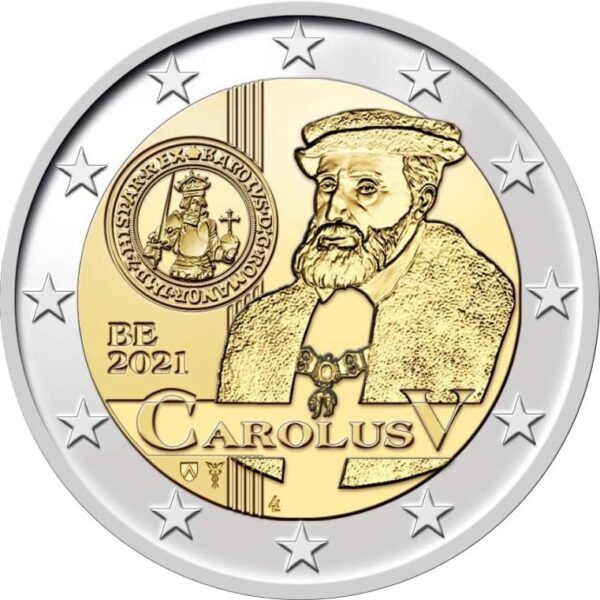 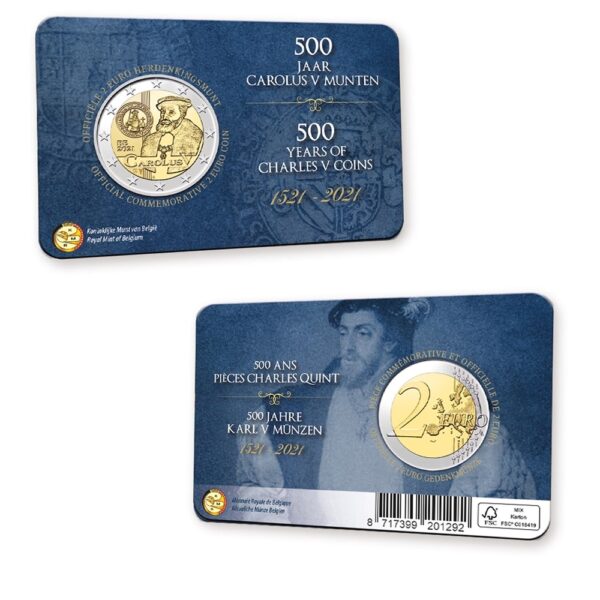 Mintage year: 2021
Mintage: 150,000 pcs BU
On February 24, 1500, Charles V sees the light of day in the Prinsenhof in Ghent. From then until his death in 1558, the young prince will become one of the greatest rulers of all time.
As befits a real Emperor, Charlemagne naturally longs for his own coin that bears his name. And so the golden Carolus guilder made its appearance in 1521. A silver Carolus follows later in 1540. Charles V is almost always depicted with the Order of the Golden Fleece around his neck, the symbol of an exclusive knighthood.

The coin shows the bust of Emperor Charles V (Carolus V) looking to the left. He wears his signature velvet Renaissance beret and fur-trimmed gown. Around his neck hang the chain with the jewel of the Order of the Golden Fleece. He looks at the golden Carolus Gulden, the coin that is celebrating its 5th centenium.